We met at the square in Shipham got changed and made our way down the lane to the garden where the entrance shaft is. Burt had the key but it would not open the lock. After much faffing we were about to abandon the trip (if only we had) when another group arrived and their key fitted perfectly. The shaft was soon rigged and Judi was the first down the ladder then me followed by the others. We assembled at the bottom and set off for our explore. We headed for sixways chamber and the west end to see if there was any movement at the bottom of Burts dig. On the way we had to climb down an 8ft pitch, I slipped the last 2ft and landed awkwardly on my right foot, the pain was excruciating but I thought I had twisted my ankle so on we went. We headed upstream and over the wobbly plank to the lake at the east end. By now my foot was giving me hell and I was beginning to worry about climbing the 42ft ladder pitch to get out. Can’t really remember much of it except Rich went first and I followed. Steph lifelined me (more like hauled me up) as I couldn’t really put any weight on my foot. Rich pulled me out onto the grass.


We got changed and headed home, Rich had some paracetamol in his car and I had a couple. The pain soon subsided. It turned out I should have only had one as they were double strength lol. Got home and my foot was twice the size as the other one. Time for the hospital I thought. My wife and I finally got home at 4.30 am the next morning. I had broken my 5th metatarsal and it took nearly eight months to heal.


My wife Michelle now calls this mine, “A very bad mine L” and banned me from ever returning there! 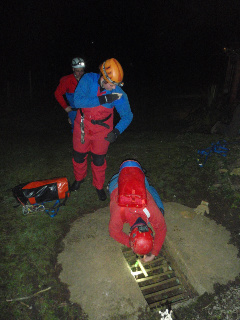 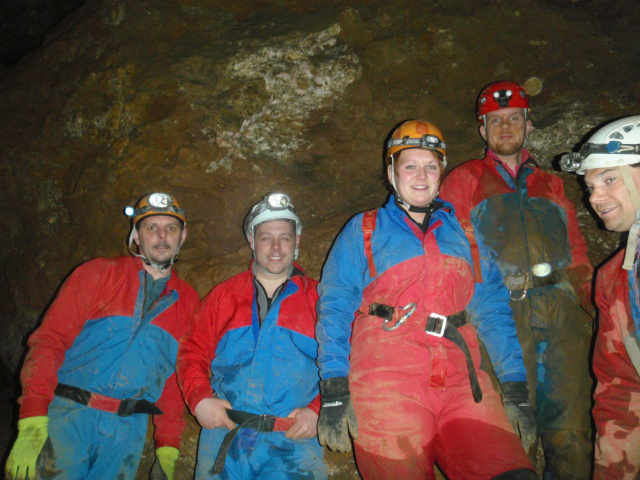 Email ThisBlogThis!Share to TwitterShare to FacebookShare to Pinterest
Labels: Singing River Mine.