Compton Martin Ochre mine is at the back of opencast workings in a bed of red ochre.  The mine was dug by using the pillar and stall method.
There was once two openings into the mine but sadly one collapsed and the remaining one was looking very precarious but thanks to two bodies of like minded enthusiasts it has been shawled up with wooden beams and a concrete pipe so should be ok for a while longer.  However once inside it is a different matter as a lot of the original wooden supports have rotted away and the roof is looking very unstable in places.  Its a small mine with a maze of passages and falls.  Some of the supports have fungi growing out of them and some have disintegrated altogether.  Its a very interesting mine but you wouldn't want to spend too long exploring it. 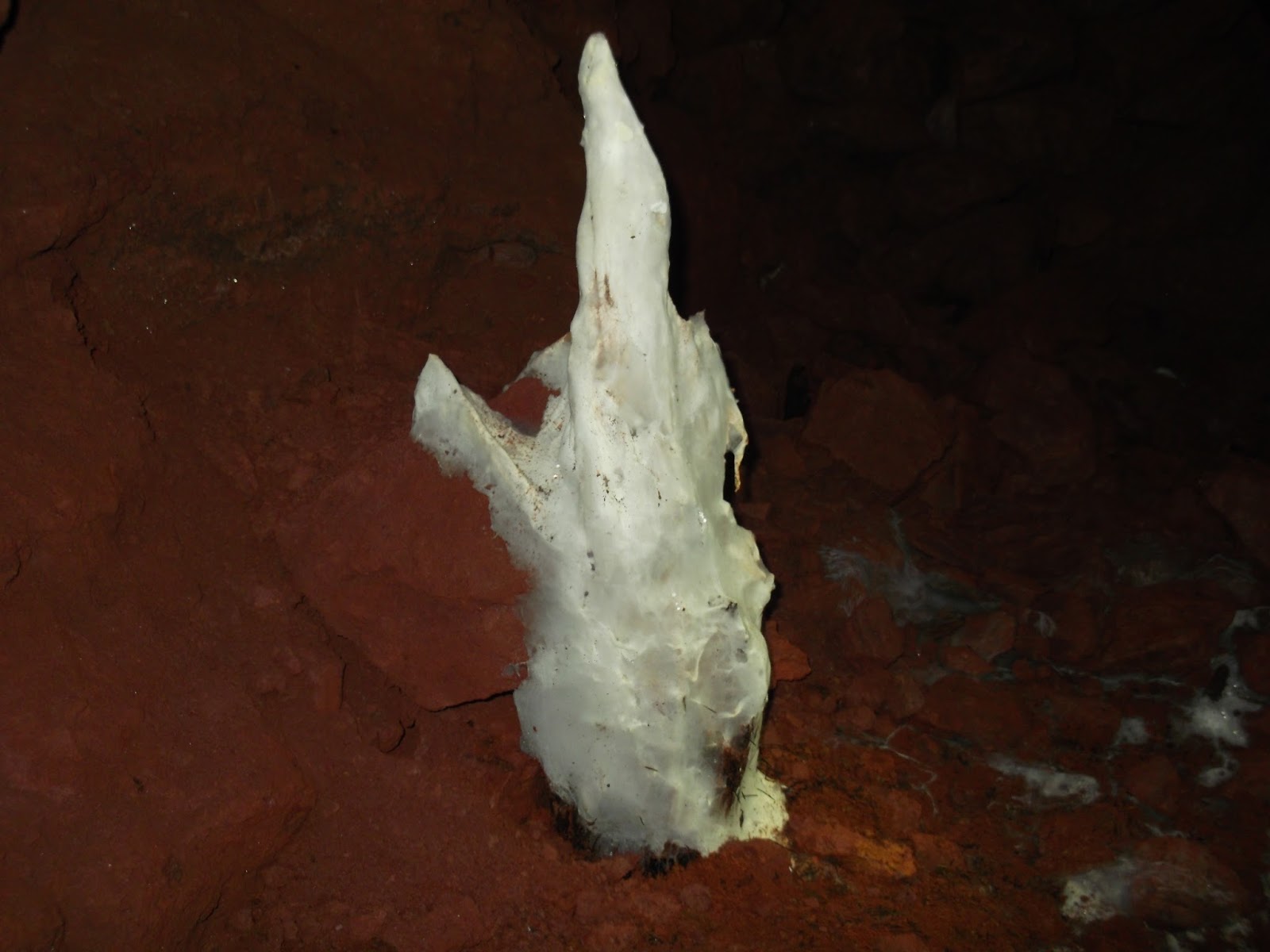 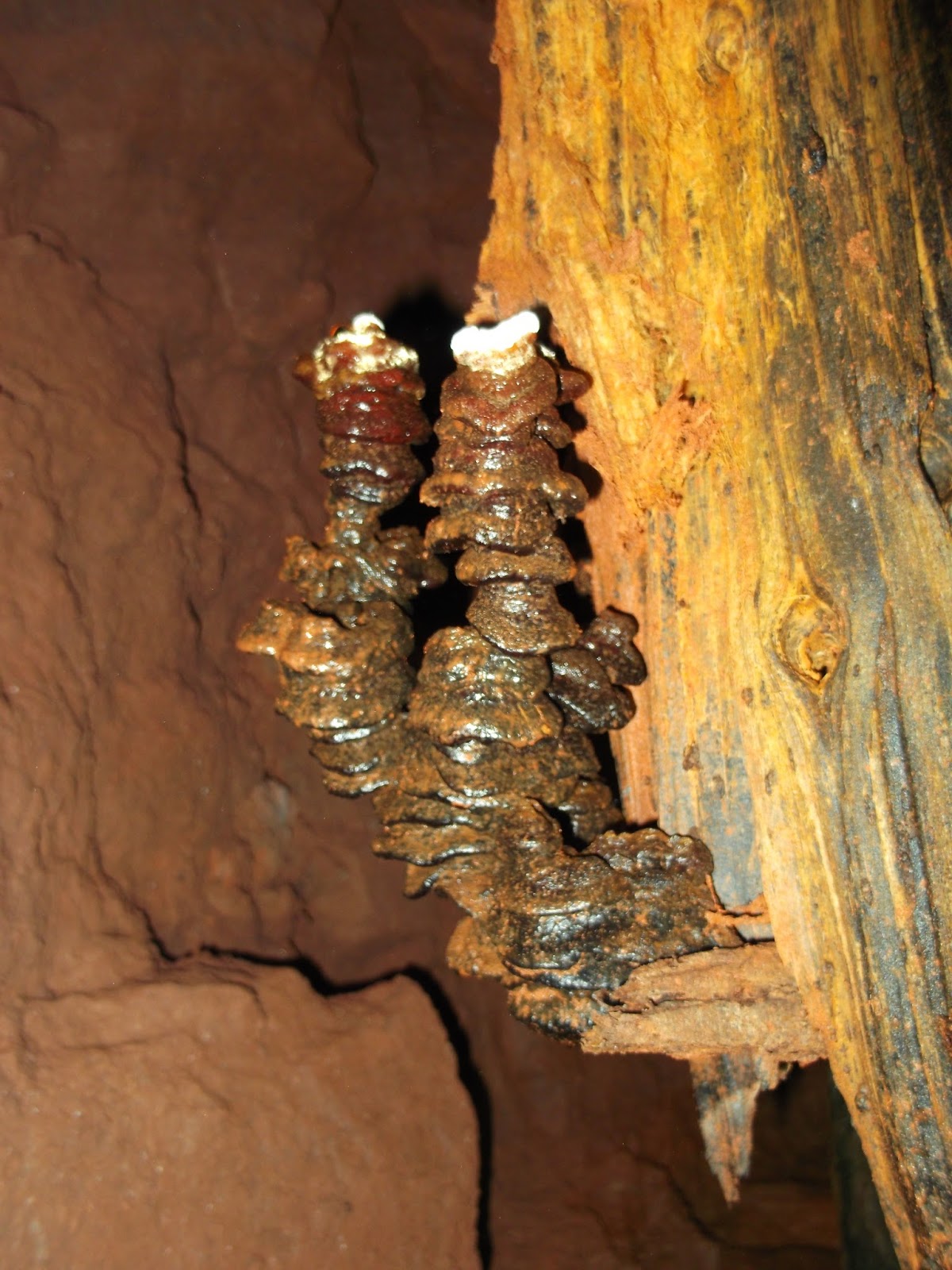 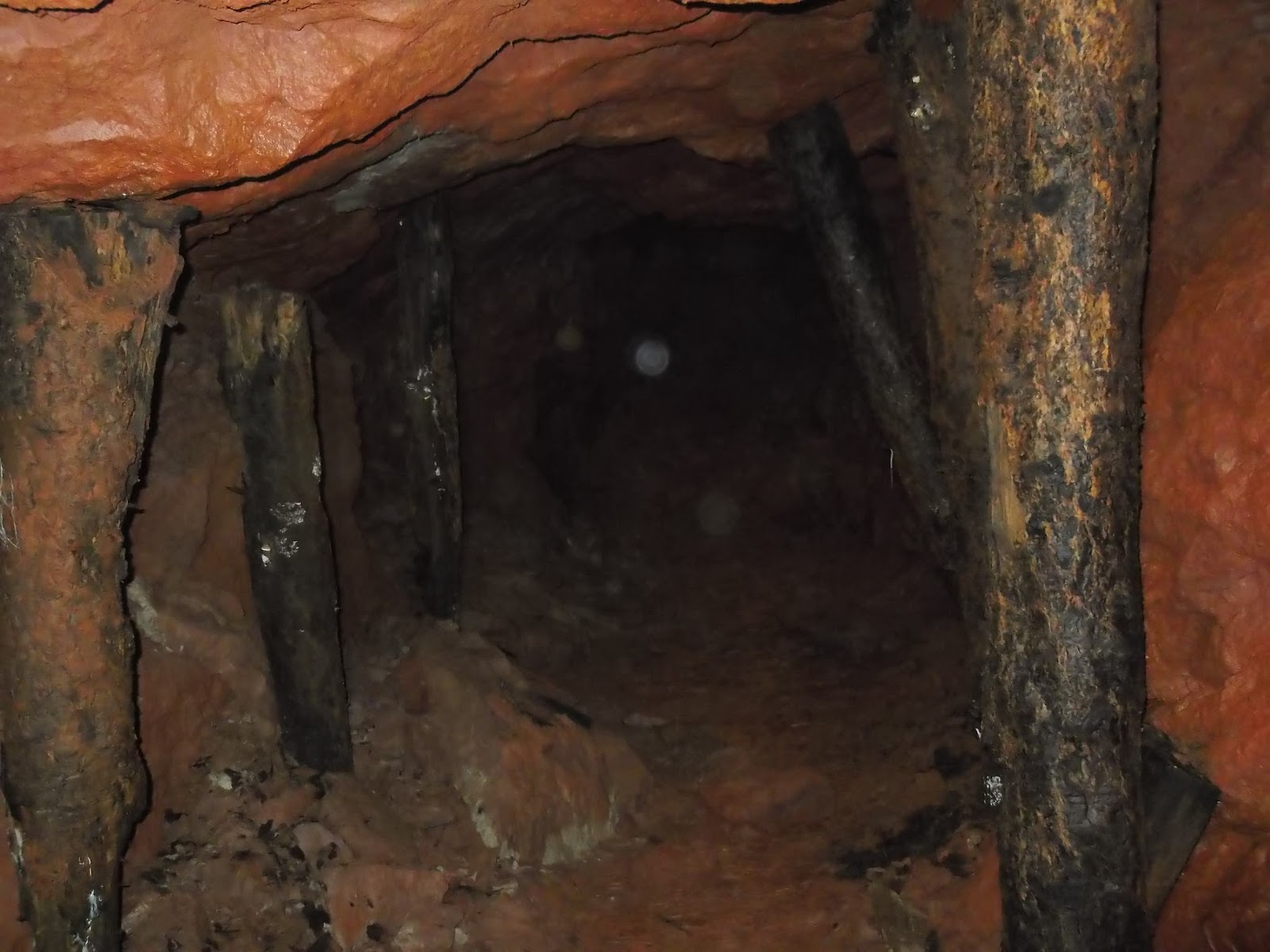