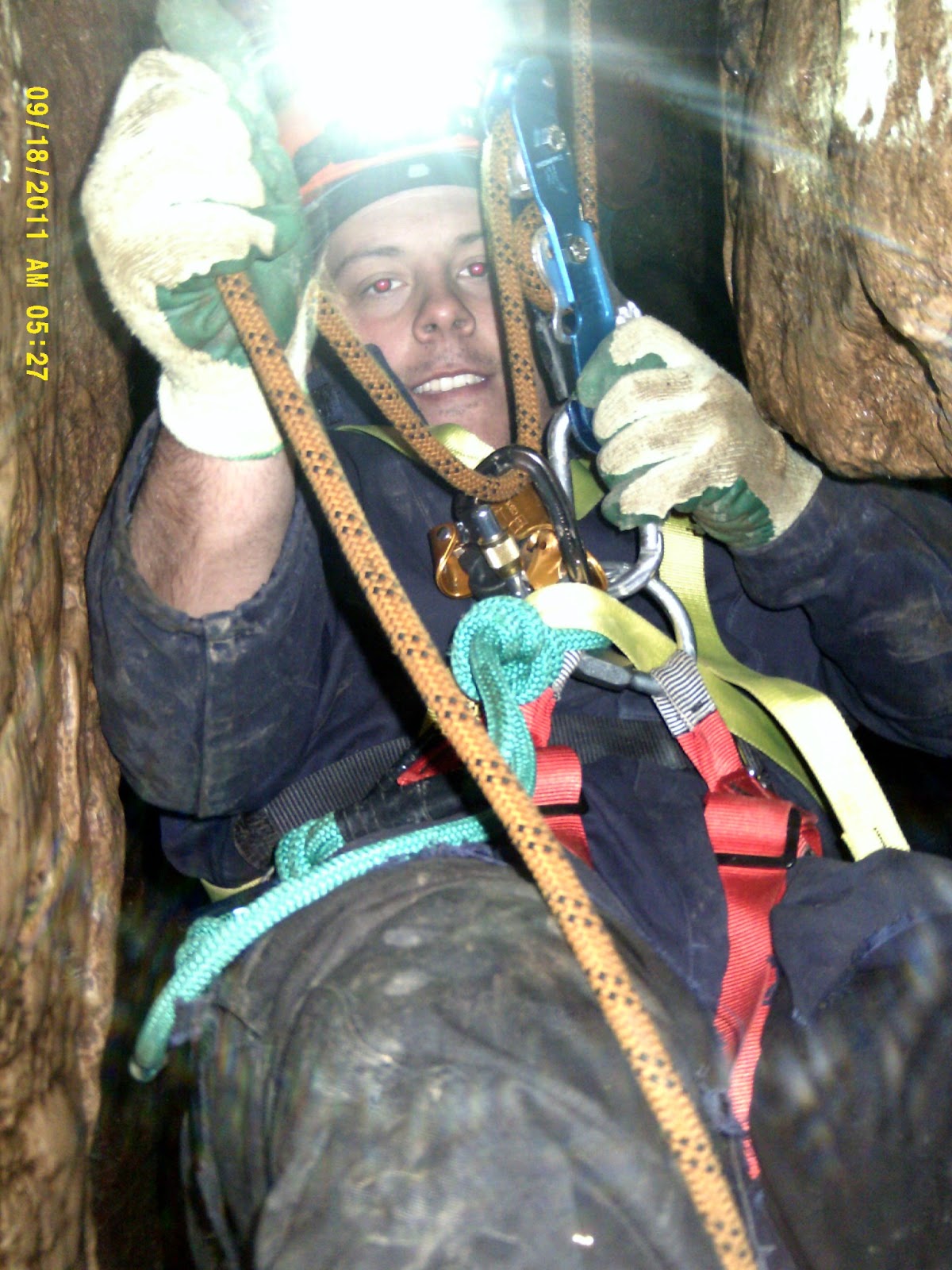 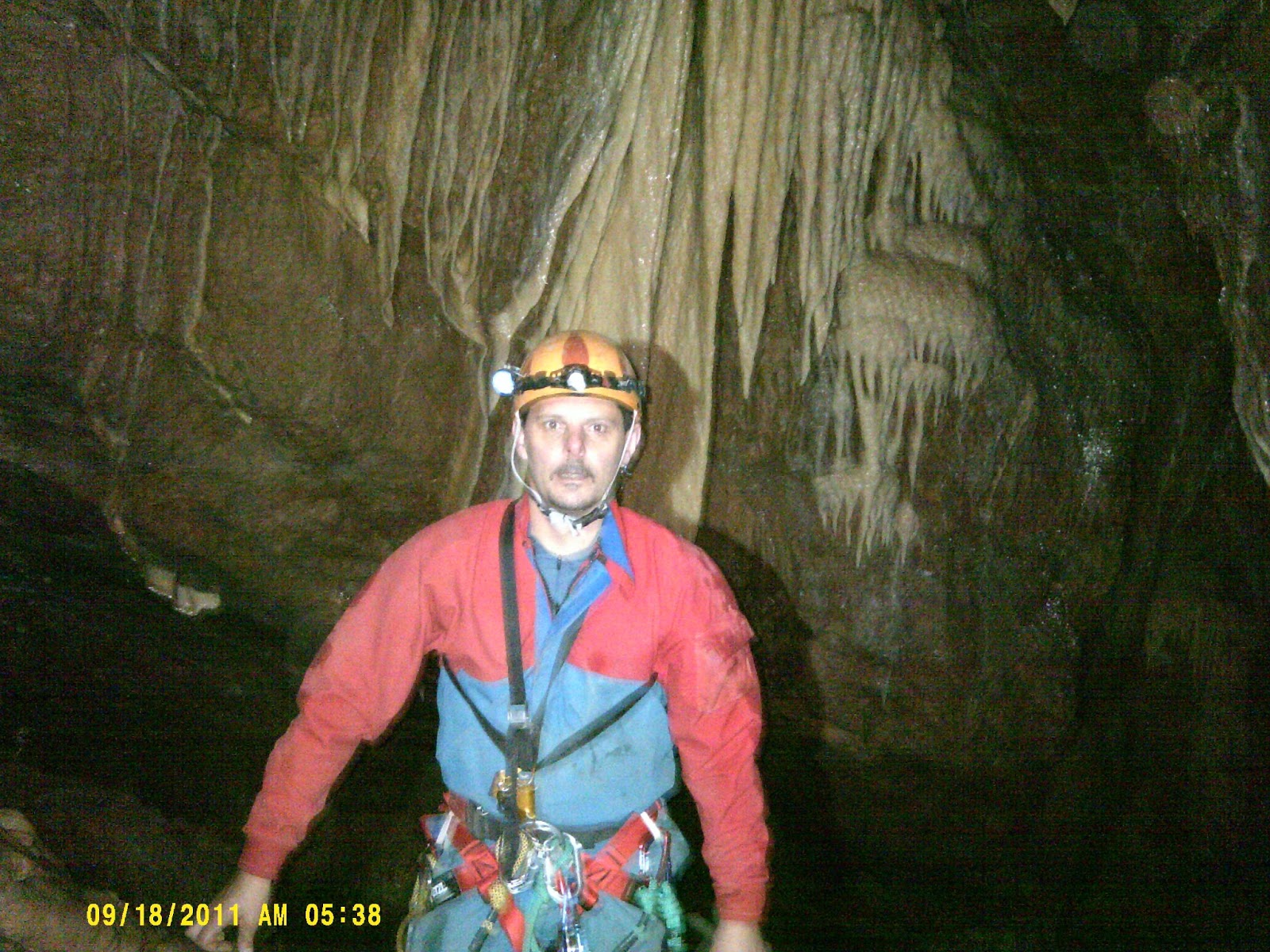 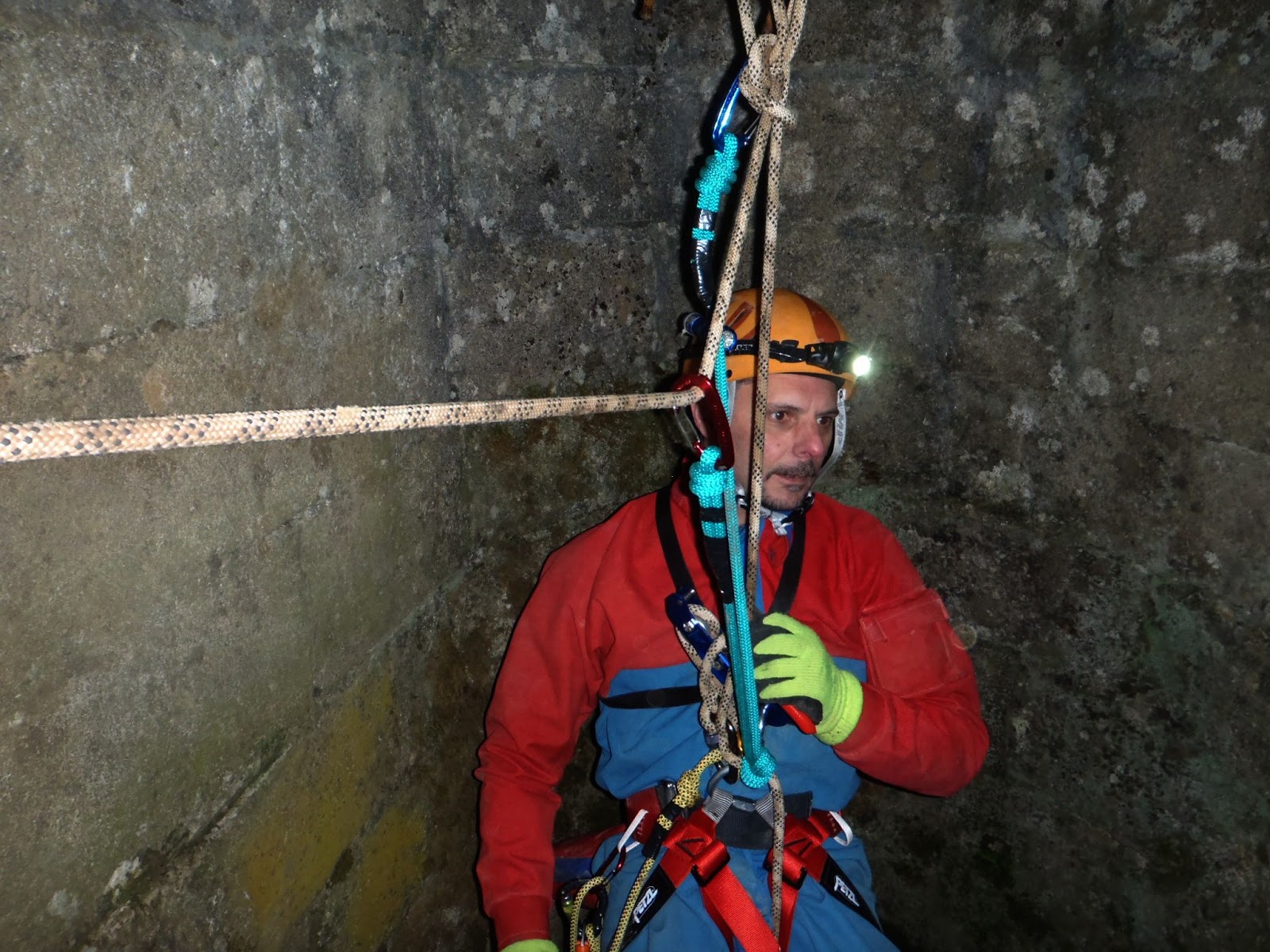 Our first SRT Cave. We parked the cars and went to the farm to pay our dues. Once we were changed we made our way over the bridge and across the field to the entrance of the swallet. Dave rigged the line for the first 50ft descent. Usually the rigger is the first down the line but as this was our first SRT cave Dave wanted to check we were doing things right so stayed at the top while we went down. I volunteered to go first so attached myself to the line and descended into the doom. All went well and I arrived at the bottom, where I sat surrounded by rock 50ft below the surface to await the arrival of Flexx. Flexx came down safely followed by Dave. Next was a long passage about 18 inches in diameter which leads down to the upstream passage. Next line to be rigged was a shortish 25ft descend down a very tight rift. All was going well, until while Dave was rigging the line he dropped his tackle bag with all the carabs and his camera in. Luckily he had finished rigging the line before he dropped it, so we descended after his bag.  At the bottom this opened out into a largish gallery, which had some very interesting curtains in it.  We had a look around, took some photos and decided that we did not have time to proceed any further, so started our ascent.  Dave was first up the second rift and I followed.  I found this very difficult due to the exertion of the tight rift and lack of oxygen.  On reaching the top I was knackered, and sat and waited for Flexx to come up, who was equally knackered.  Back up the passage to the bottom of the 50ft ascent, Dave was first up to the surface and as Flexx didn’t have a Warmbac he went up next and I followed last.  I found prusiking back up relatively easy, much to my surprise.  We decided we would return some time to explore more of this cave system in the future as we had only seen about 1/10th of it.  We got changed and off to the Hunters for a well deserved drink.  All in all a relatively smooth first SRT outing.