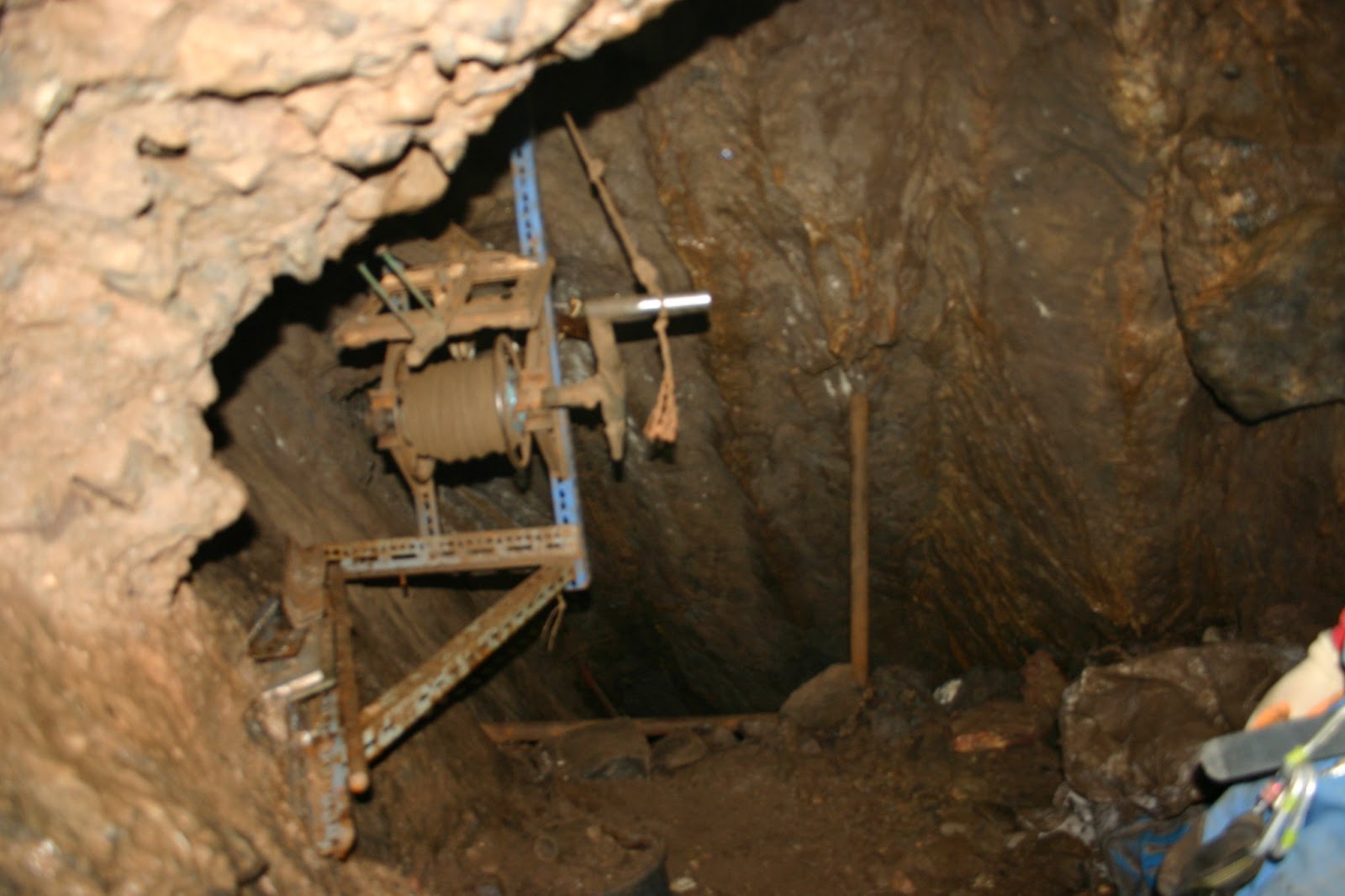 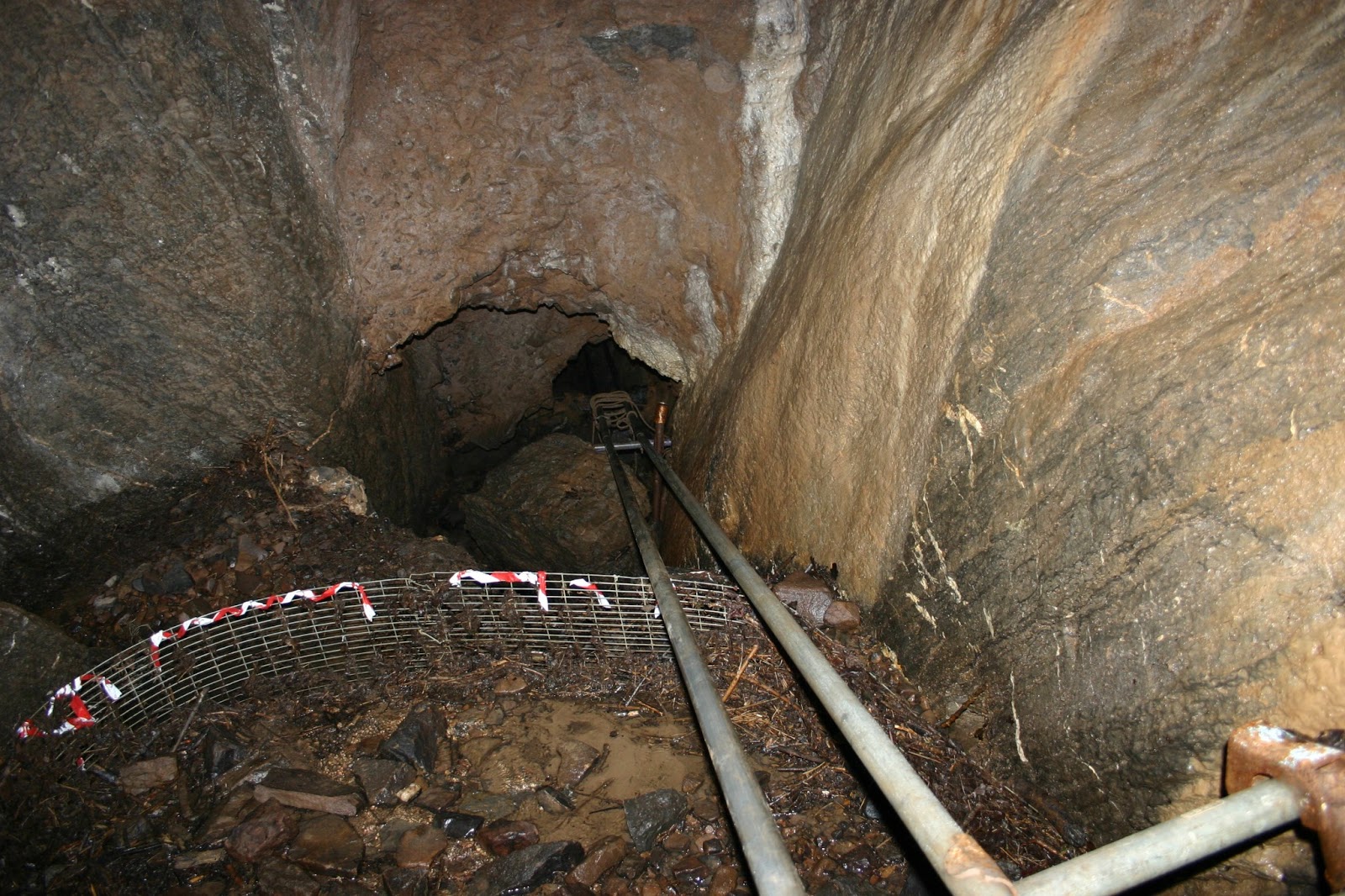 We arrived in the Coombe and parked in the lay-by closest to the cave and were soon changed and following the path to the cave entrance. The stream was lightly flowing into the entrance. To avoid getting wet you can go in to the right of the stream and climb down a 2 metre rift. Once inside the cave resembled a builder’s yard, there were bags of spoil and plastic pipes all over the place. This cave is an active dig site. We followed the scaffolding pipes down into the first chamber where a rift on the right takes most of the stream water.
Ducking under some rock into a smallish passage takes you into the main chamber where the haulage system is set up to remove the dig spoil from the bottom of the cave. The chamber floor is very steep and the diggers have built a series of steps to get down to the bottom. As I had been a numpty and left the survey in the car we decided that it was probably best to retreat and come back another day for the cave didn’t really resemble the survey as there had been so much digging going on.


We exited the cave with some ease which is surprising as the pitch looks quite difficult in reverse lol.
As we had not been long in there we had a look for Foxes Hole cave up the road but couldn’t find it.
We then thought we would have a look at Toothache dig in cheddar gorge. This is one of the clubs digs.
We parked at the gates to Black Rock and put our helmets and wellies on and followed the track. By now it was pitch black and not knowing where the dig is we went back to the car and headed home.