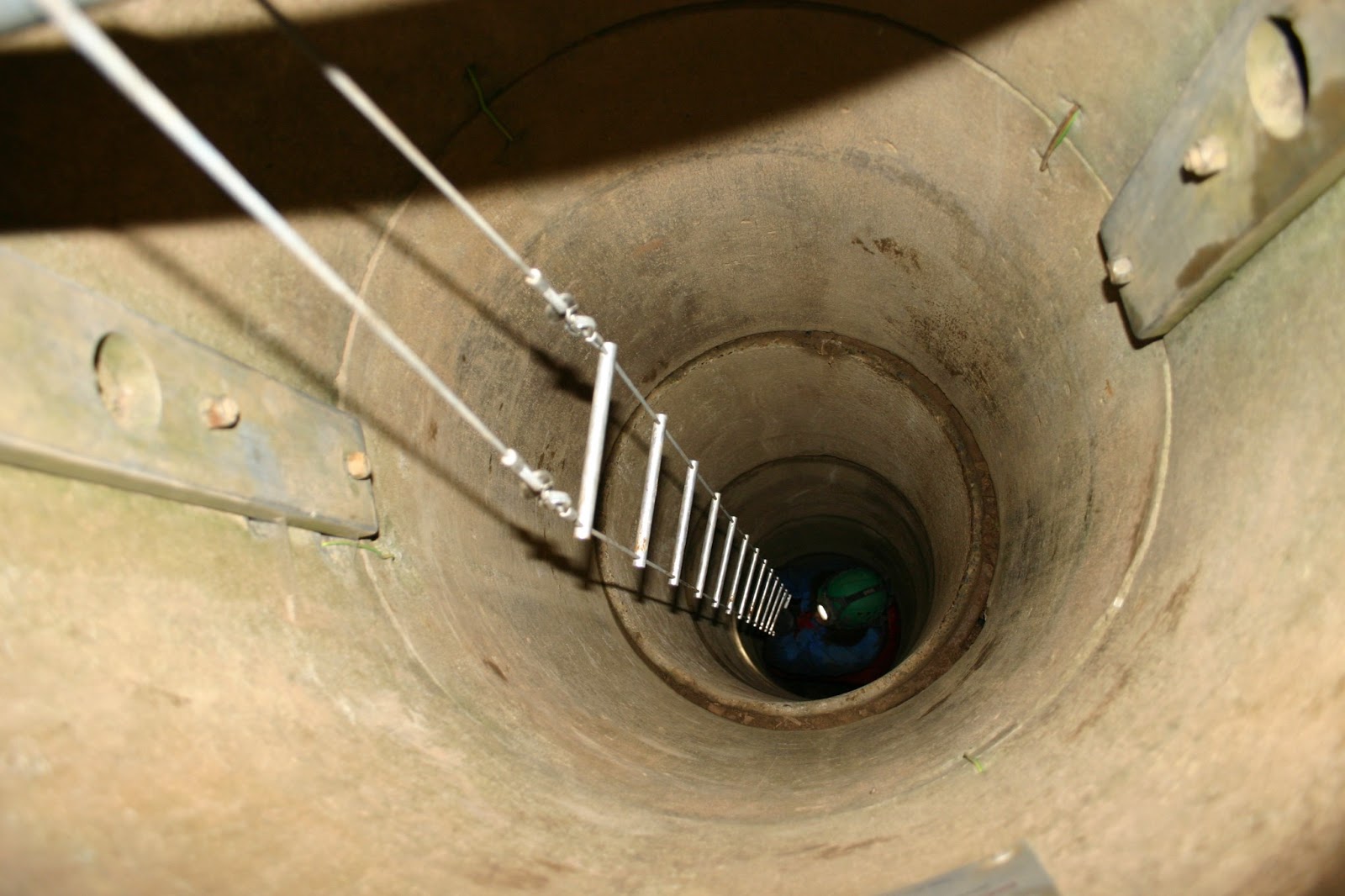 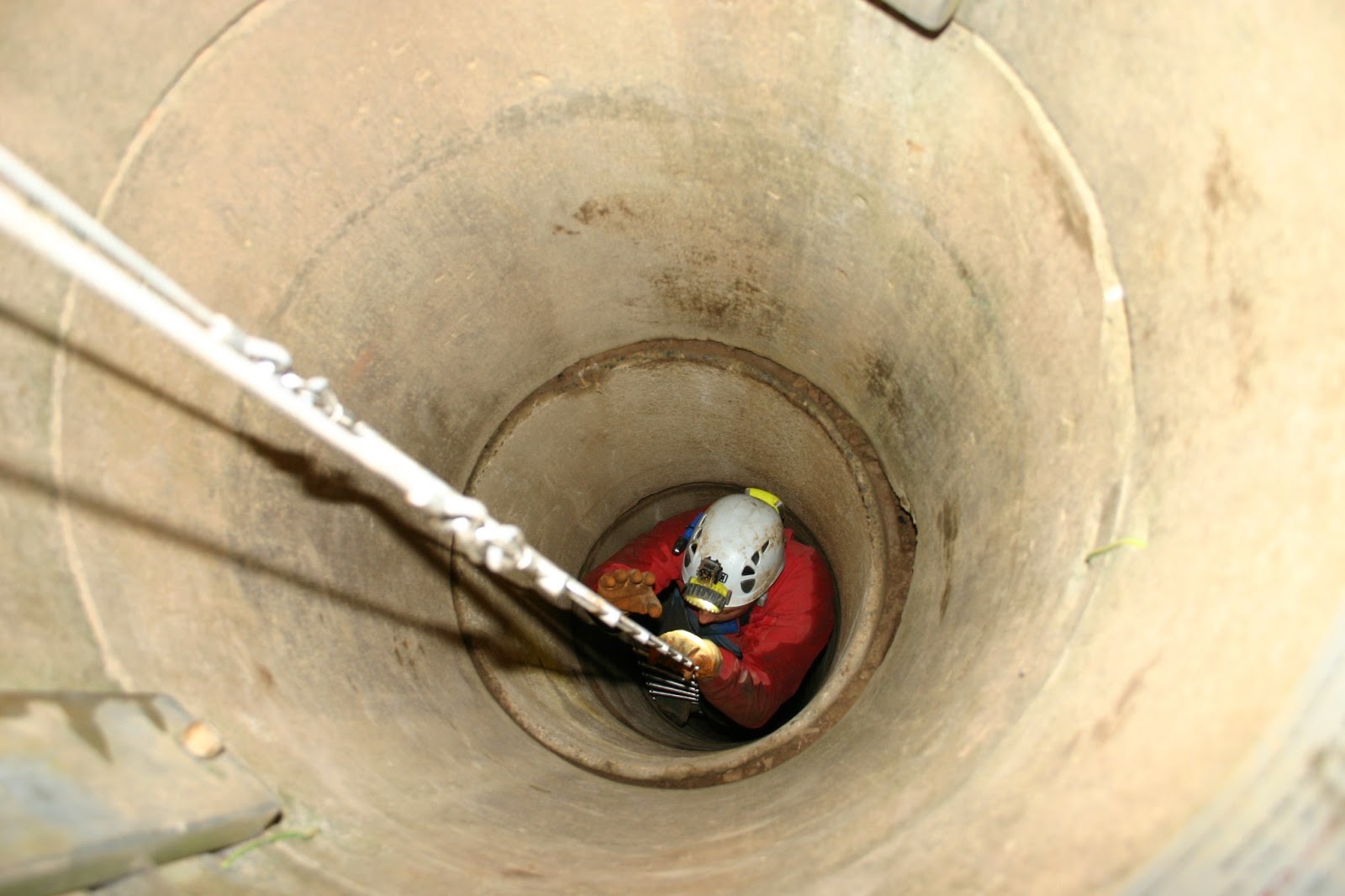 The plan was too meet at the Hunters and drive to the lay-by which is about 1km from the pub. Nobody had been to this one before except Tricia but she couldn’t remember which lay-by it was so we drove all the way to the end of the road and turned around and headed back, the lay-by was supposed to be by some farm buildings so we stopped at what could be it. We were soon changed and walked across the fields to a depression and there it was a stone tube with a lid on. That is the entrance to the cave. The ladder was soon rigged and we all entered the cave.
At the bottom it’s quite tight and twisty. We continued down into a chamber and went straight on. We soon came to a stop as there was a pitch with no obvious way down backtracking a bit we realised that the way is too the left down a wide rift which goes into a passage this comes to an awkward climb which reminded me of singing river mine where I broke my foot. It looked worse than it was and we were soon following the old stream way downwards around and between some awkward rocks and rifts and soon reached flat roof chamber where we stopped for a breather and chat. Rachel told us about a cave called Waterwheel Swallet which sounded very interesting. We then followed a rift down and reached another chamber where it was full with bags of spoil from and dig that went down and round to the left. Straight ahead there was a crawl that looked very tight. We decided that was the way to the lake. But no one wanted to try and negotiate it. Remembering the stories of anyone except the slightest of cavers getting stuck I’m not surprised.  We followed the rift back up. The part of the cave called the canyon was very interesting on the way back up. Sean and I were the first ones back up to the large rift where we found a frog waiting for us. Sean put it in his pocket for release later. We soon found ourselves climbing back up the ladder and out into the fresh air. There are a lot of stories about bad air in this cave but today it wasn’t too bad although in places most of us did get short of breath at times. Will return again to take some pictures of the cave.